Teeming football fans in Lagos have been assured of the return top quality international matches involving the national team, the Super Eagles in a not too distant future.

Prince Anthony Adeyinka Adeboye, Senior Special Assistant to the Lagos State governor on sports gave this assurance during a parley with the press in his office. 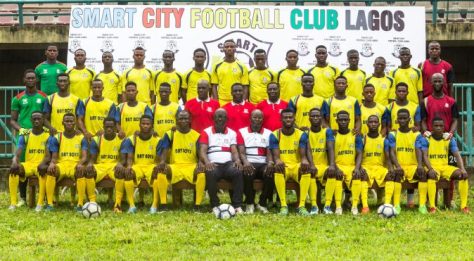 ” We understand the desire of soccer loving Lagosians to watch top football matches, particularly, the Super Eagles. Therefore, the state governor is bent on satisfying the yearnings of the people.

” Several renovations and reconstruction works presently ongoing at some of the stadias across the state is a strong indication of the state government to remain the most sought sporting hub in Africa,” the ebullient sports administrator enthused gleefully.

Adeboye, who is also the president of Lagos based wave making Smart City football club, revealed further that Teslim Balogun stadium is being renovated to have a natural grass playing surface.

While the famous Onikan stadium is being reconstructed to become a world class sports complex.

” Many of us remember the glorious days of our national team. And the massive support they receive each time they play at the national stadium in Lagos. We are definitely determined to bring back those wonderful moments to the good people of Lagos,” he added.